Do You Want to Build A Psychic? 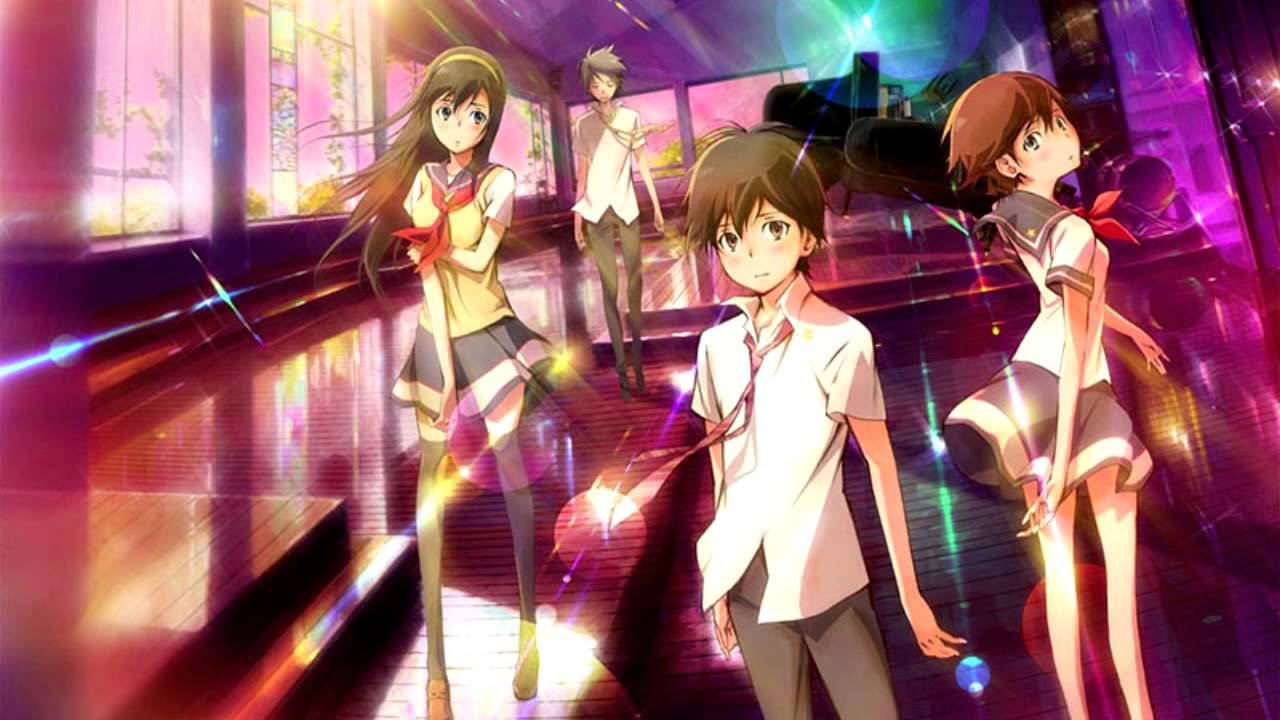 It's been a really long time since I've blogged anything on here (my apologies), but boy, was Nerawareta Gakuen an interesting movie to pick getting back into the thick of things! Having been on my backlog for a while now, Nerawareta Gakuen certainly took me for a ride as it told the story of time travelers, psychics, and young lovers. If you enjoy beautiful visuals, romance, and want to learn why cell phones should be banned in schools, then keep on reading and see if Nerawareta Gakuen is for you!
**May Contain Spoilers** 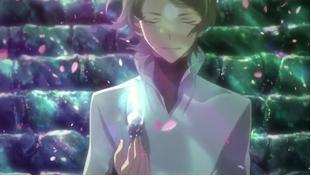 The Plot: The overarching plotline in Nerawareta Gakuen goes something like this: A time traveler by the name of Kyogoku Ryoichi (pictured right), who travels back from the future, infiltrates a middle school so that he can turn his peers into psychics so that he can save the future in which humanity is on the brink of extinction. To achieve this goal, Kyogoku manipulates the Student Council into banning all cell phones in school (you'll find out why if you watch the movie) and also convinces a classmate (who gets absolutely no character development) to help him convert latent psychics into active psychics with the help of a magical crystal. Throw in a complicated love polygon, and that about sums the movie up. 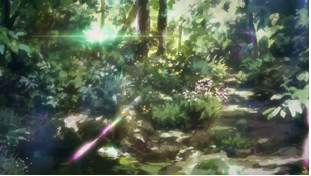 More often than not, however, the sci-fi sounding plotline devolves into a jumbled mess of teenage angst and slice-of-life moments, which, though enjoyable, don't quite live up to the title "Psychic School Wars." Time travelling and psychic powers become a plot device used to expand the romantic relationships between the characters (rather than the other way around), and the disconnect between the sci-fi storyline and the slice-of-life storyline was so distracting that I was left confused by what was going on. Having never read the source material, I can't say if this was an adaptation problem or if the novel itself is as choppy, but hey, at least the visuals are nice to look at! 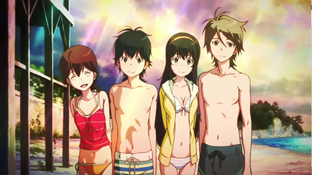 The Characters: Our main cast consists of Natsuki Suzura, Seki Kenji, Harukawa Kahori, and Kyogoku  Ryoichi (pictured from L to R). Natsuki is an outgoing girl with extreme tsundere tendencies, and she is Seki's osananajimi, having been his next door neighbor since babyhood. She harbors an intense and unrequited crush on Seki, who is your typical clueless best friend. Seki is a rather generic male lead, though I found him to be likable, even if he was rather one-dimensional. He has a crush on Harukawa, which unfortunately for him, is not reciprocated. As the movie nears its end, Seki finally gets some much-needed character development which helps him grow as a character, if only a tiny bit. Harukawa is your typical shy girl, though she enjoys surfing because she feels that it connects her to her deceased father, who was a fisherman. Other than her role as a love interest for Kyogoku, whom she has intense feelings for (despite having only met him...days ago?), Harukawa doesn't add much to the cast. Last but not least, we have Kyogoku, whom I would say is the main character of the movie. His mysterious appearance and his unique abilities make him an interesting character off the bat, but Kyogoku is also the character who gains (or loses, depending on how you see it) the most when the story ends. It can't be easy being a time traveler and forcing your peers to become psychics, but Kyogoku seems like a nice guy who is honestly trying to do the right thing. Plus he plays Clair de Lune so beautifully, what more could you ask for?

Overall Impressions: On the whole, Nerawareta Gakuen was a confusing anime movie that left me wanting more. I wanted to know more about the future which Kyogoku came from, and I wanted to get a better understanding of what his magical crystal did and who his spiritual sidekick was. I wanted to understand how turning his peers into psychics would help Kyogoku in the future, and I wanted to understand just what the heck happened at the end! Yes, the power of love and friendship is great and all, but time traveling is a complicated matter that can't be glossed over with some beautiful scenery and charming flashbacks. 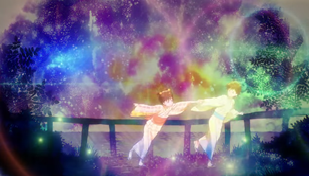 The world-building in this movie was incomplete at best, almost non-existent at worst. Pacing was an issue and the storytelling felt incredibly disconnected going from scene to scene. The characters were mostly one-dimensional, except for Kyogoku, but as mentioned above, I did enjoy them despite of that. In the end, I feel that I watched a movie that didn't really know where it wanted to go, despite its absolutely gorgeous visuals and excellent soundtrack. There were so many different messages to take away from watching Nerawareta Gakuen, but each message was incomplete, if that makes any sense. Certain subplots were introduced, but then the audience was left hanging, unsure of what to do with the extra information. Ultimately, the ending was a let down, since explanations were unclear, though the feelings of "love and friendship" were certainly in great abundance.

Though Nerawareta Gakuen started off with an interesting sci-fi premise of time travel and psychics, the execution of these elements was off and my main reaction was "huh?" most of the time. It will certainly take some patience to get through this 1hr 46min show, but someone (anyone!), please watch it so you can explain the ending to me! ;P

I have a major exam coming up, so apologies for the hiatus. After this exam I'll definitely update the site again (when I get a chance to watch some anime and actually read a book or two...). Thanks for your patience!

windaerie
I'm an otaku who enjoys discussing a variety of topics including politics, books, and of course, anime (view my MAL)! I love good weather, classical music, and building gunpla.